You find yourself in an underwater seascape, starting with nothing but a hand full of cards. They have strange creatures called "Flubbies" on them. Play the cards to create a Flubby.

Likewise, the Flubby starts with nothing - it can't swim very well, has no mouth, no shell, no Flubby-Friends. With more cards you can change that! Grow your Flubbies to their full potential and create your Flubby Farm!

Beware though, as you are not alone with your Flubbies... A rivaling swarm of aggressive Gronkas is already on their way! How long can you maintain your Flubby Farm against the ever-growing Gronka group?

Listen to a recording of the background ambience and music here:

Flubby Farm was made withing two days for Ludum Dare 45.

Thank you for playing!!

Really Fun Idea But I Agree It needs more cards and more options especially in the late game to mix things up. Id love to see and expanded version 0f this at some point

fun but seriously needs more cards as its easy to loose interest. great game though enjoyed it for an hour. 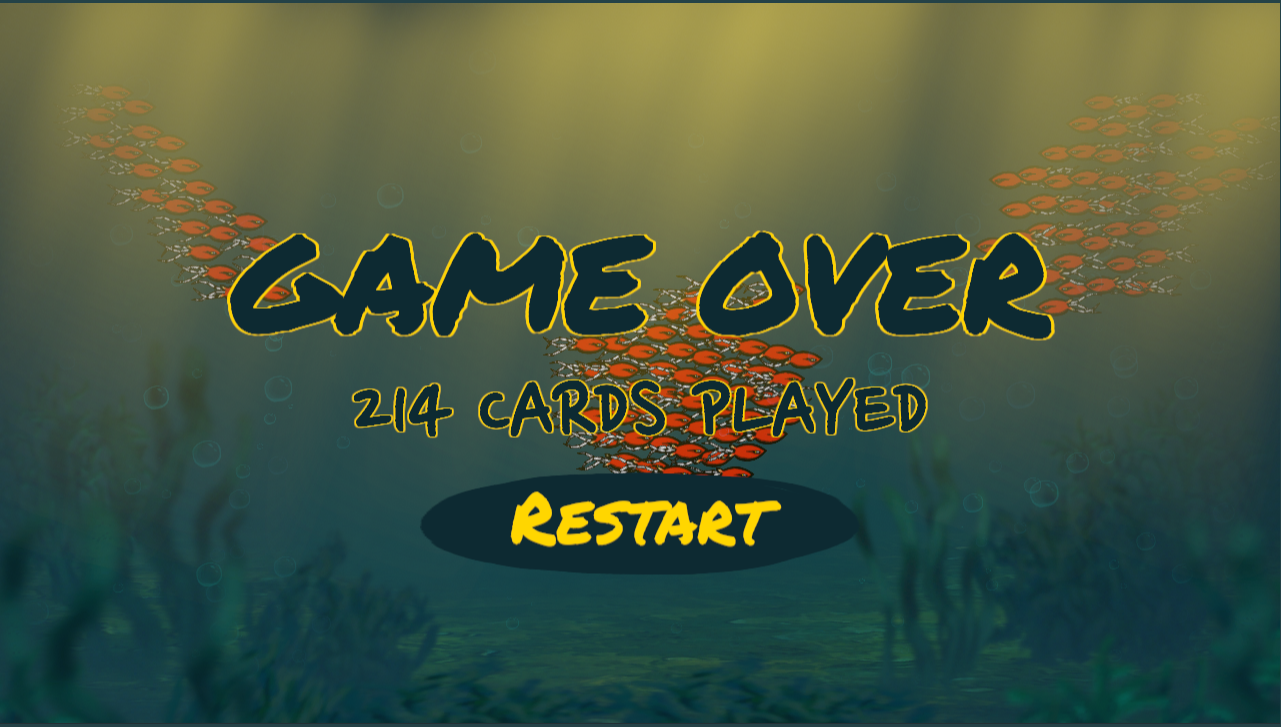 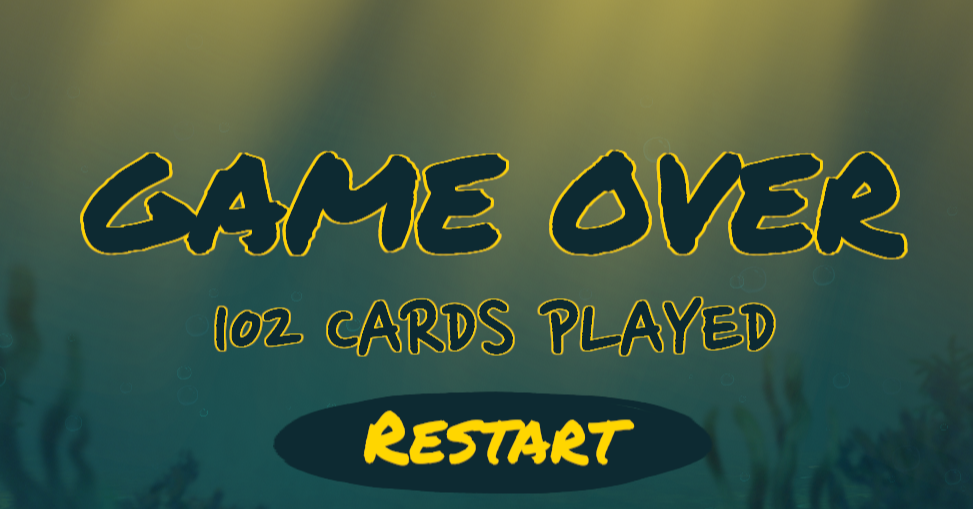 Please this is so hard my best is 12

This is my first time playing any advice

It's unfair :(( The Gronka grows so fast, but our Flubby only uses cards that were the same as the beginning. 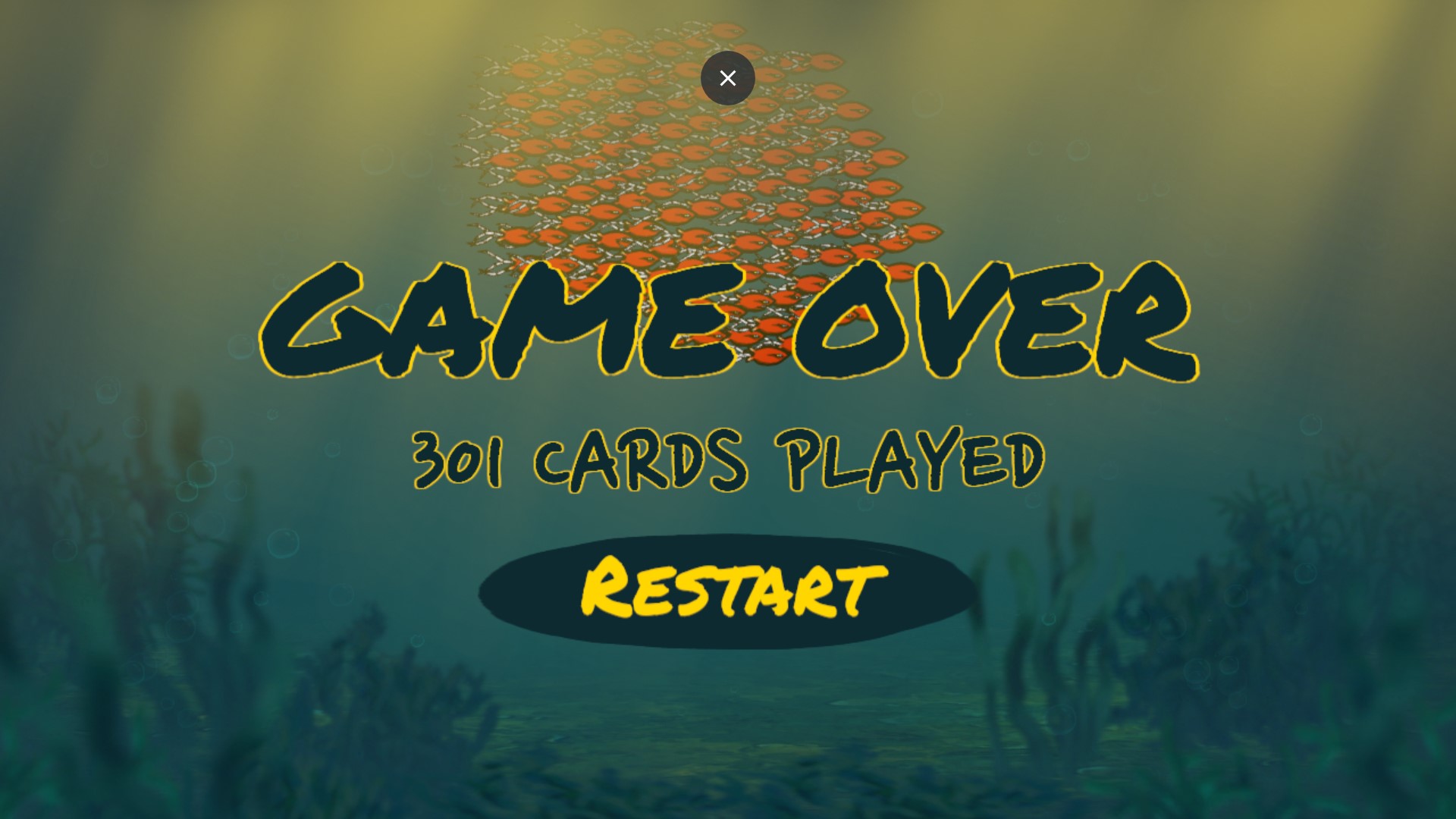 65 while i was typing

The card game ever (besides the morbius card game)

honestly not bad for a first run i think, I got 194

This game is alot of fun and has a suprising amount of depth and potential in spite of its simple premise. So many improvements could be made with just little itterations without really messing up the great gameplay cycle that the game already naturally has going on. Literally all you would have to do is implement stuff like;

-A Campaign with levels and a fun dumb story.

and I would actually happily spend money on this game. Wish this was actively being worked on because it has so much going for it.

you can just stack up cards without playing a single one then easily get a high score.

now i will make gronka farm

heyy, i was wondering if the flubbies keep getting upgraded in stats after they look maxed

Nope, most upgrades (except bomb and offspring) are 3x only

This might be an issue with your browser. You could try the download version or a different browser

190! I feel like I developed a pretty good strategy for keeping my Flubbies alive. Ignore the speed upgrade card, that makes Flubbies spread out too far from one another. ALWAYS prioritize Flubby Goo above all other cards, as this will maximize your damage output against Grunkas. In the early game, Boom cards should be ignored entirely. Loop between Spikes and Shell cards, adding Offspring after those are maxed out. At this point you should have a Mass of slow-moving Flubbies, use Healing cards to keep them grouped together and maximize the benefits of every card. 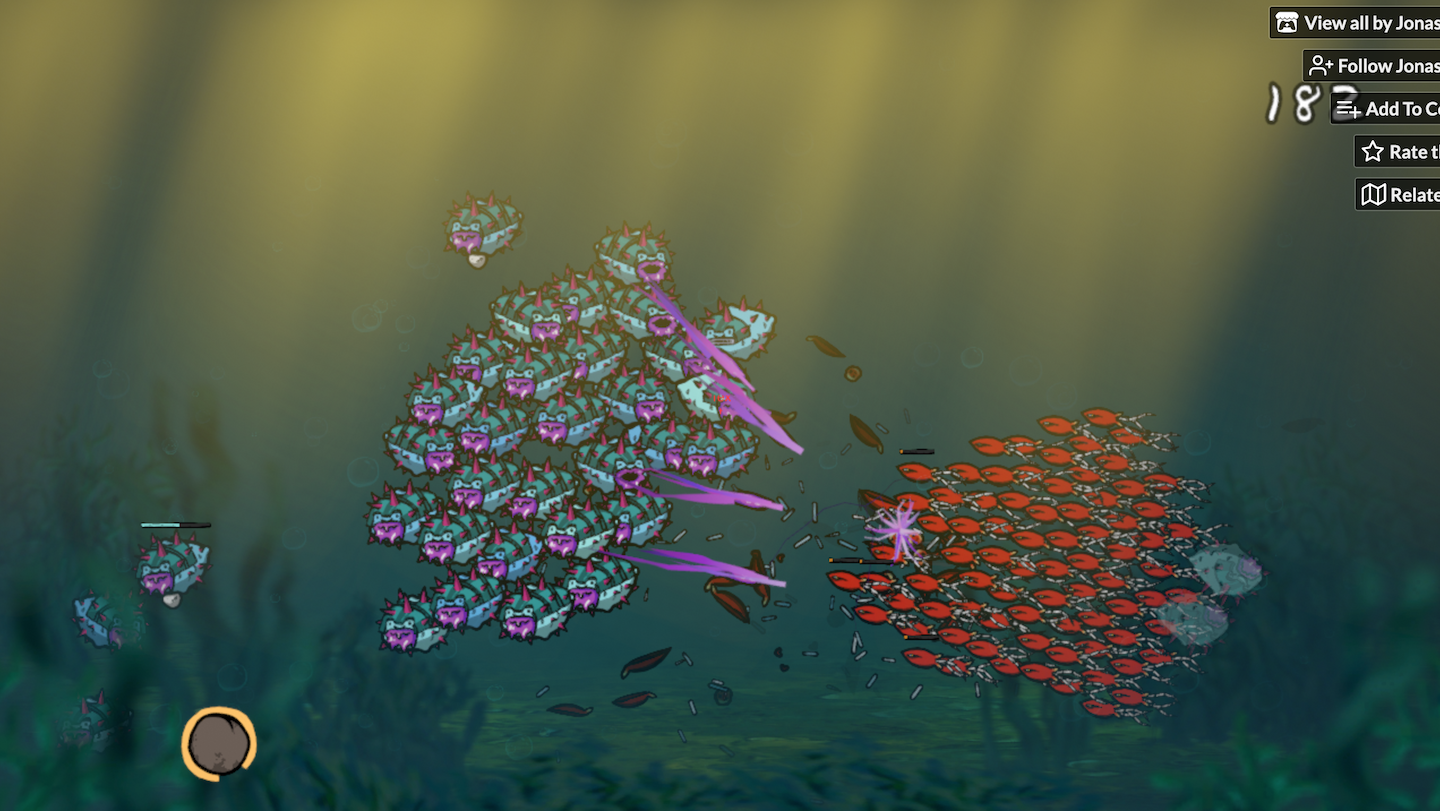 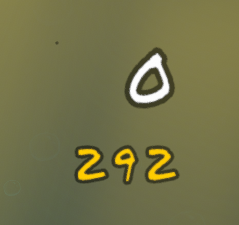 92 3 times in a row, I feel like the shell upgrade never appears

card 1: god created a new creature - the flubb - to stand against the enemies.

card 2: a electrifying zap can be heard - the first enemy has been eliminated.

card 23: the first warrior has fallen a great boom destroyed all his enemies.

card 40: mass reproduction has caused over 6 flubbs to be pregnant.

card 64: three unarmed flubbs were seperated from the army and taken down one by one - but one survived as 2 of the elite soldiers located the lost flubb.

card 80: flubb count 23 and increasing, over 8 of flubbs have eggs

card 97: the first of the elite soldiers fall - all citizens mourn the death.

card 99: as the citizens are getting ready for the hundredth day, 2 unfourtunate new-hatched children perish

card 107: all citizens now go through the process of bombing - less than 10 individuals are not suicide bombers

card 111: most elites are zooming through the army - many are nearing death before heading back to base

card 120: the new enemies have a profound amount of health - many citizens are falling due to the soldiers hiding in corners

card 138: flubb nation has decreased to 17 - only a few elites still stand

card 145: distant explosions sound - the army has decreased to 13 - brave citizens fight for the good, their deaths bring the fall of many enemies

card 148: franctic reproduction while the flubbs are bunched up - many citizens are becoming ranged warriors

card 160: the rise of the flubb nation - count increased to about 20 after reproduction

card 175: the nation is bunched up in one corner - healing effects are greatly beneficial to all

card 188: five cards without healing - the flubb count is now only 7

card 198: the last soldier is having a great struggle, pray to flubb god for more zaps

card 200: we made it - the zaps are still holding out pretty well - good thing we charged about 7 cards

card 202: the extra cards are all used up - the last soldier is having his last stand

card 203: somehow he made it until a new card appeared - he is nearing death

About 8 seconds later he dies.

What a legacy. :D

Wow, you are a legendary storyteller! Thanks!

and then i waited until army go brrr

then it all went nuke

this also fit with the theme strong together

I love this game

i feel like there should be a gun upgrade

Reply
✨ Im Not Your Barbie ✨2 years ago

THEY WERE DED AND IT TOOK SO LONG :( 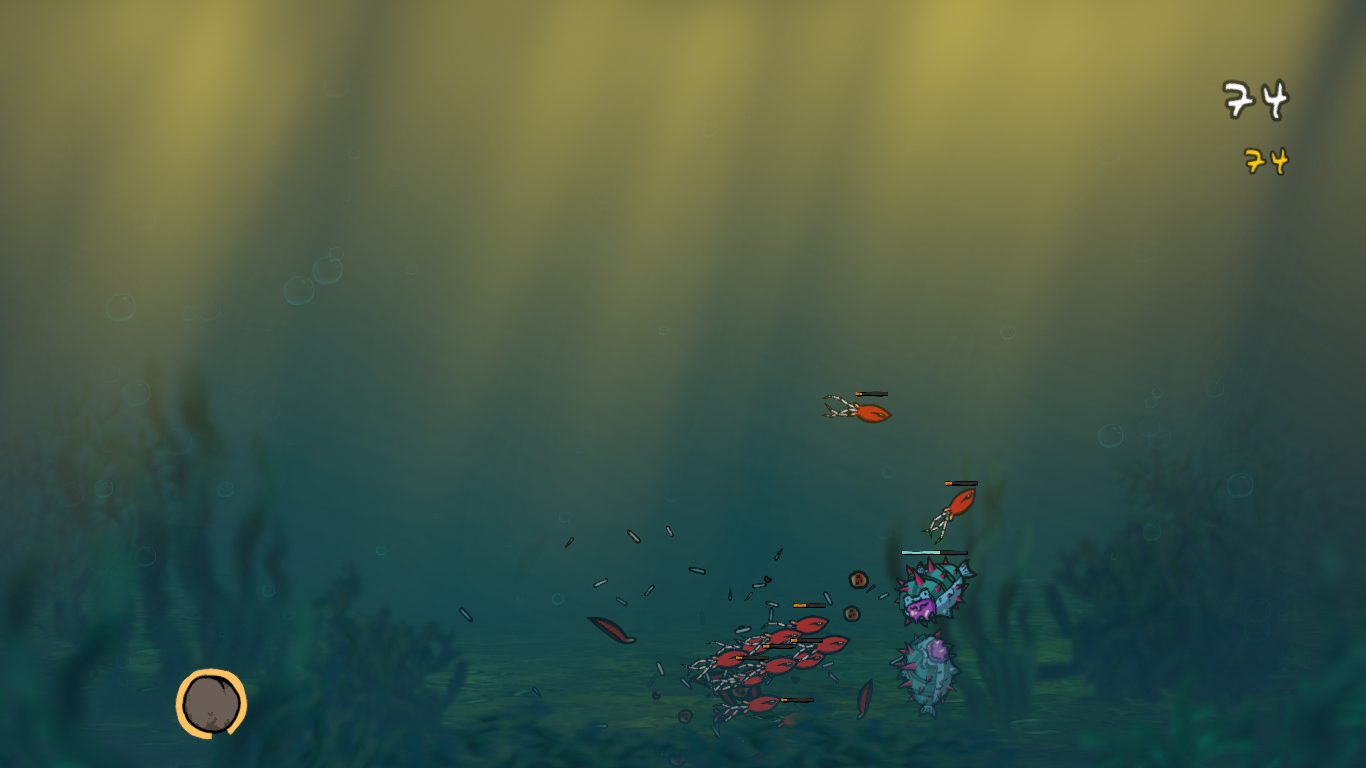 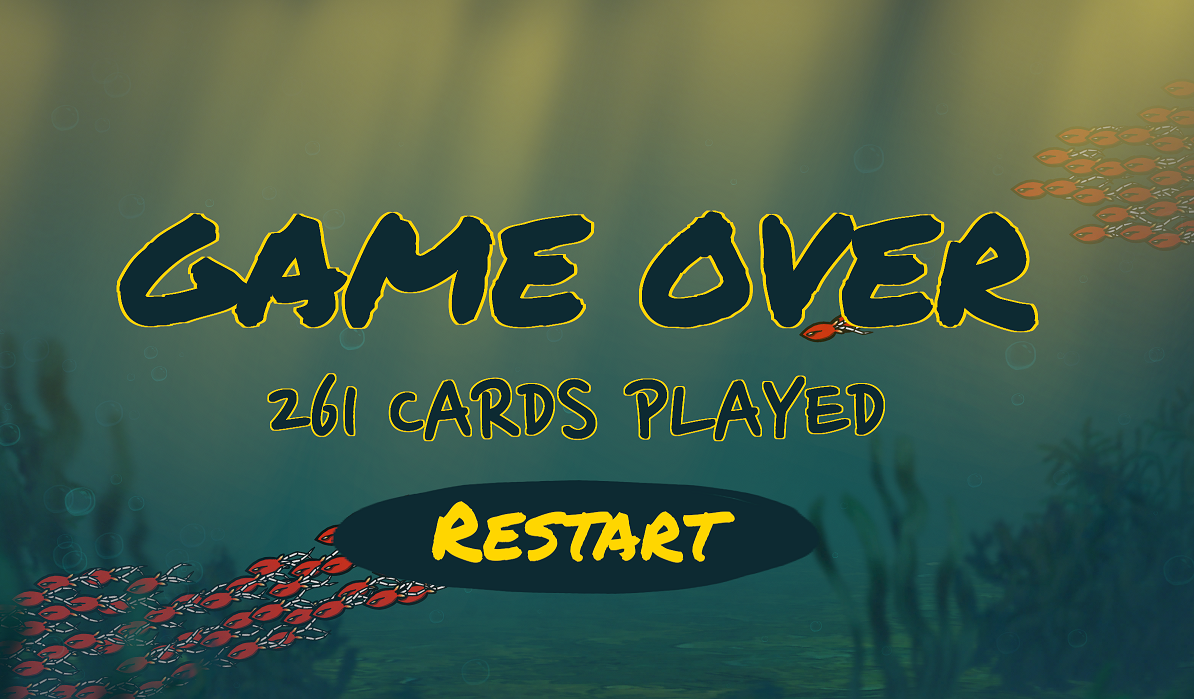 Also things get crazy when you get up there.... 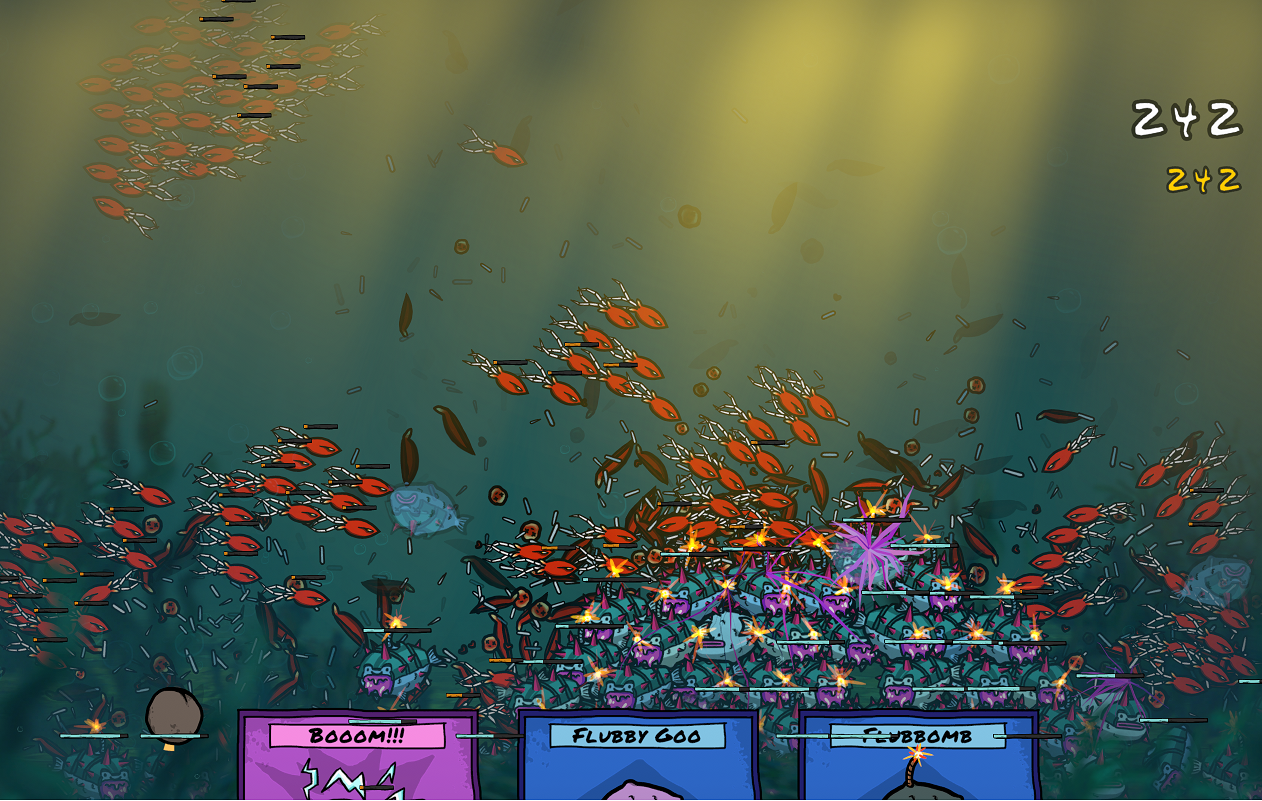 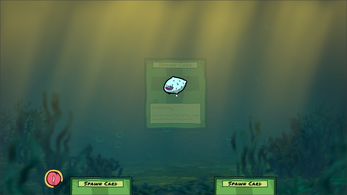 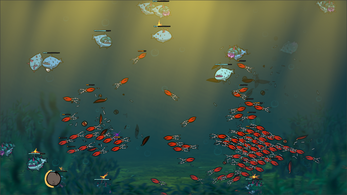 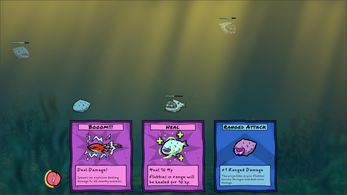 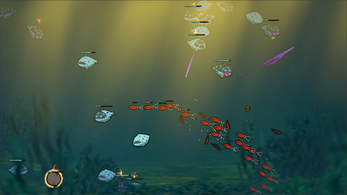 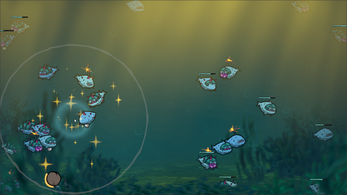 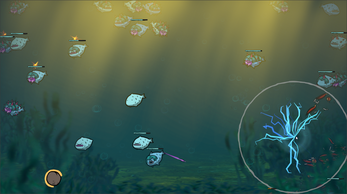 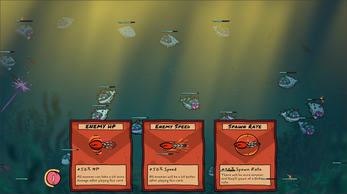