I suggest that the game will include some random elements/features, like random obstacles, items and enemies (not necessarily procedural generation) for allowing game replaying (Replay value).

I can't wait for full release... I really liked the sounds and level design, I would put decorations for christmas tree to appear behind the spikes, to make them more visible, especially for rage & impossible when you die at same place mutiple times... I really like the snowflake-bombs, but they don't stand out as a threat at first. maybe add some blue to them as well(IDK if they will be in full release, so just saying)... I hope the game will be released soon

OMG I DID IT!!! IMPOSSIBLE DIFFICULTY!!!

does it work on mac?

From the Windows logo, It should be no... 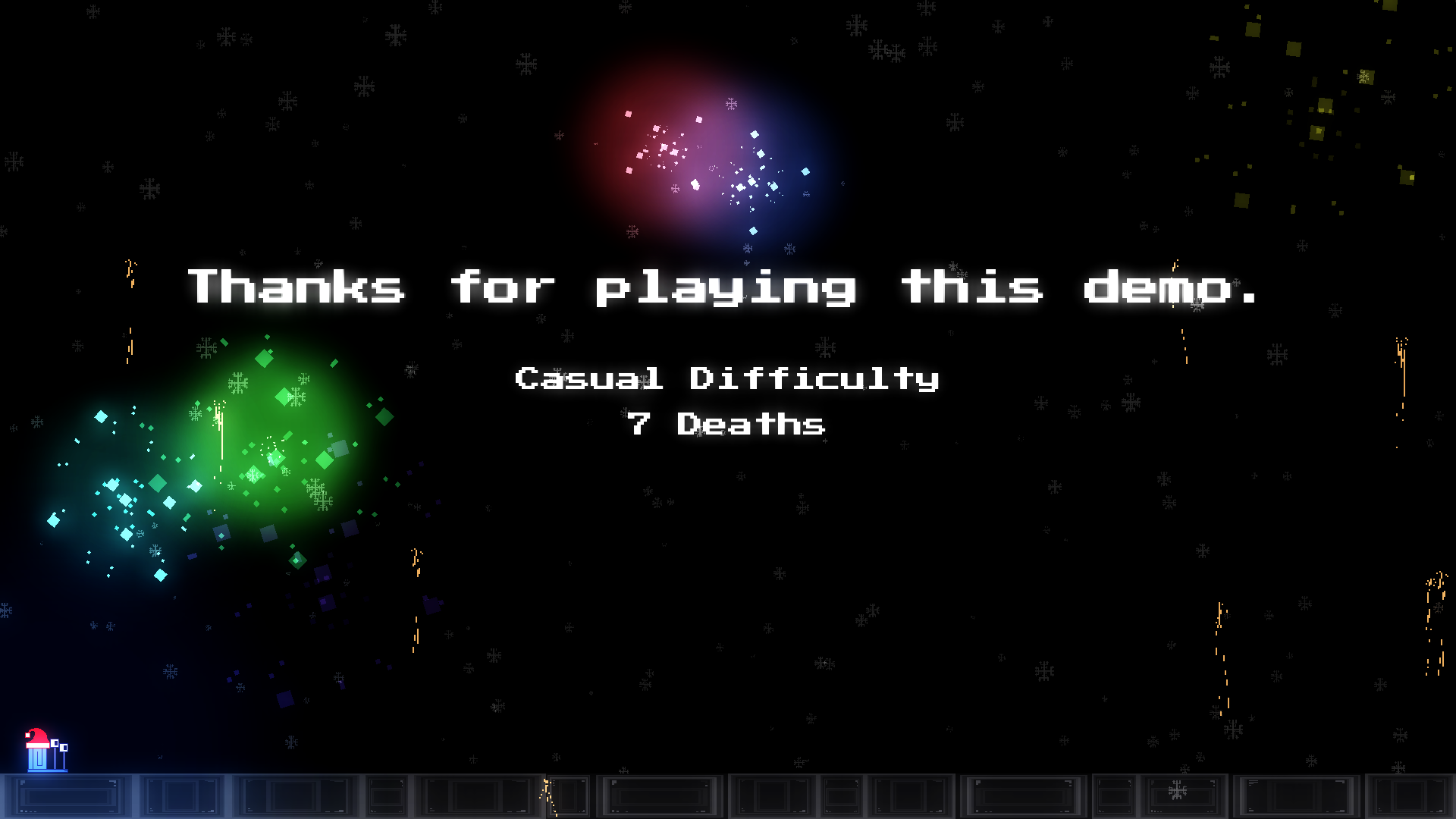 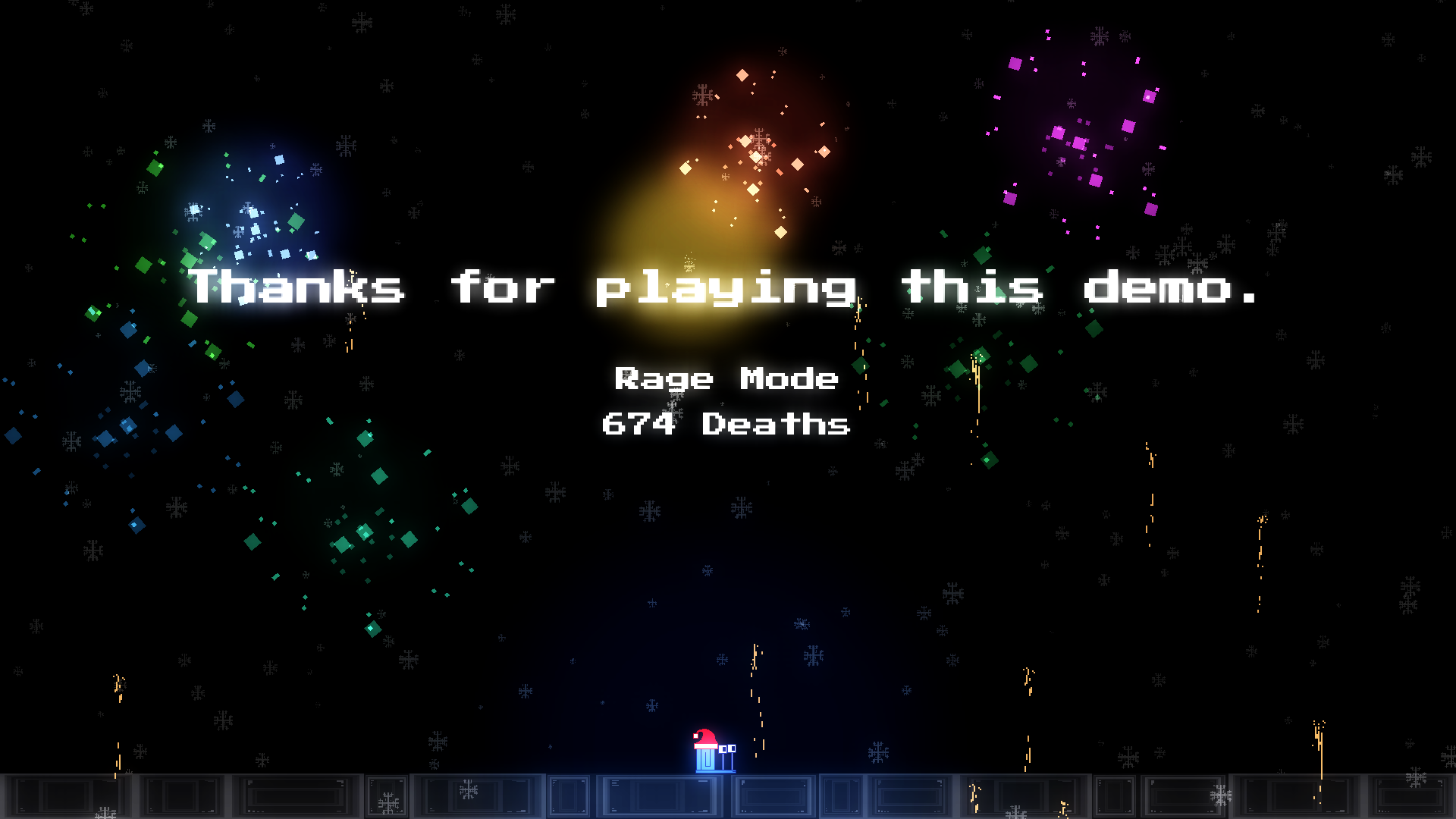 Hey Jonas! I have a question about the release of the main Will You Snail? game. Will you eventually release it for Nintendo Switch? If so, I would TOTALLY get it! :)

Thanks for your time, MegaProgramGuy

Will there be a way to play on mac?

is it available for 32bit OS Pls Reply :)

Not yet. To be determined for the finished game. :)

when will it go back to the non winter version

Good question... Maybe never as the old demo was just one level. :P

Well in the finished game he'll look like this:

Reply
I Am Dumb69 days ago

Jonas, can you make it so that in the final game you can switch between game versions?

Interesting idea. I don't think I'll be able to pull that off unfortunately. This version will stay available on itch of course. :)

Can you pls make a mac export

maybe it has to do with the graphics engine

amazing demo but its not Christmas anymore  so maybe bring back the original demo? also got 18 deaths on casual mode!

Reply
The Knight Gaming96 days ago

I'm watching all Dev-logs on your channel! I can't wait for the full release!

This game is very fun and challenging! not once did I feel that the character was out of control, very nice movement (28 casual mode deaths, squid knows how many deaths on rage mode XD)

This game is pretty hard.

i cant imagine about the impossible difficulty

Sorry. I'll see what I can do for the Steam launch. Thanks a lot for your interest.

So excited for the steam release! Whenever I play a tough platformer (like spelunky I always feel like the game is predicting what Im going to do... except now it is

I just tried for the first time. I used Wine on Linux, but it worked great! My only complaint is that, as a noob, the "causal" difficulty was near impossible on the levels with the snowflakes. The level with all of the flaxes took 75-125 lives. Besides that (and the small error log that I can send you if you want), it works great!

Thanks for the feedback. Should all be fixed for the final game. :)

Wow(ie), the impossible difficulty is actually impossible, I couldnt even make it past the first level. Well done!

I'm dying to play this game, but will it be available on Mac?

And is it possible to have this demo on Mac?

Thanks a lot and have a nice evening!

Thanks a lot for your interest. The demo is not playable on mac unfortunately. For the full game on Steam I'll give Mac a shot but it depends on how many technical difficulties I encounter. Let's hope for the best. :D

You should add Glotzbär to the game. 10/10 other than that

This game is so good; its design, songs also the AI is so good. I liked this game by a lot.

Happy to hear that. Thanks for trying it out. :)

won with 36 deaths on rage mode. Is that good?

it was mostly because my computer is a potato and your game speed is dependent on frames, so i got to play it in slow-mo

if you wanted your game to run faster, then you could of pressed P for the best fps you can get

You have been warned...

YEES. DO IT. Thanks for playing.

Great Game! I like your Youtube channel a lot. Looking forward to watch another will you snail devlog.

Appreciate it. Thank you.

Edit: I love your will you snail sound track so much that I'm humming it everyday :D

Should be fixed in the full game. Happy you liked it. Thank you. :)

wow, how didn't he think of that

OH MY GOD, You are so genius

i know, thanks so much

It is 100% percent safe, most games will say that

Most browsers refuse to download stuff that isn't in their database. Makes sense in most cases but is a bit annoying for indie games on itch. :P

it's letting you that cuz the file is bigger than the max that google chrome can scan, in reality it says that for every file that bigger than the scan limit, and taking into consideration this is a game made by a YouTuber with 81k subs, and that every one else who downloaded it was fine and didn't get any problems, then it's safe :)

There is always a small chance sth sneaks into the file unintentionally. I definitely didn't put a virus in on purpose. That much I can promise.